What Are The Main Types of Water Erosion 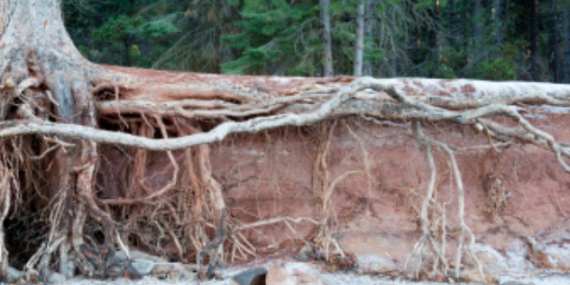 Water erosion is a common source of soil degradation around the world. It reduces soil productivity over a long period of time, and it will eventually expose largely unproductive subsoil if it is left unchecked. Despite its sometimes destructive nature, water erosion is a natural phenomenon that can literally shape our world in large ways.

There are several different types of water erosion, but they can generally be grouped into four main types. These are inter-rill erosion, rill erosion, gully erosion, and streambank erosion.

Inter-rill erosion, also known as raindrop erosion, is the movement of soil by rainfall and its resulting surface flow. It is primarily caused by rainfall, but other factors such as climate, elevation, topography and vegetative cover also contribute to this type of erosion.

Inter-rill erosion is the first and most important step in the water erosion process as a whole. It is highly dependent on the kind of rainfall found in any given time or place. A light drizzle obviously won’t cause a lot of erosion, but rainfall from a severe storm can cause a lot of damage to a region’s soil.

Rill erosion is caused the concentrated flow of water in small rivulets. It is still sometimes referred to as sheet erosion, although that term has fallen out of favor in recent years since it downplays the effect of rainfall and suggests that soil is moved in large sheets. Rill erosion moves soil in small streams that are often started by rainfall, making this the second step in the erosion process as a whole.

Gully erosion refers to the movement of soil by larger streams of water. This type of erosion scours channels in the soil that are at least one foot deep and cannot be smoothed over completely by normal agricultural operations.

Rocky Mountain Compost is here to help if you prevent water erosion, please give us a call today!