What is The Meaning of Soil Erosion? 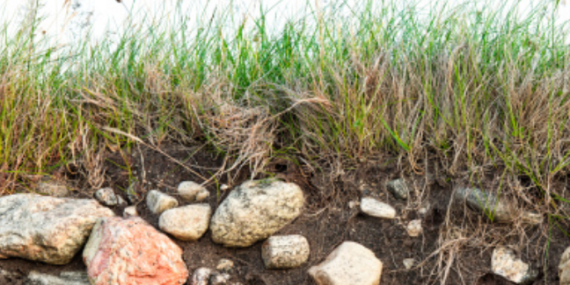 Soil erosion is a natural process in which layers of soil are removed from a landform. The term is often used in agriculture to refer to topsoil that is moved by natural forces or through agricultural activities such as tillage. Natural soil erosion that is caused by wind or water is a long process that can last millions of years and can reshape terrain in profound ways. It can also happen very quickly during severe rainstorms and other inclement weather. This kind of erosion can be very destructive and can cause landslides and other disasters.

Water Erosion
Natural soil erosion is categorized as water erosion or wind erosion. Water erosion typically begins with rainfall, which can make a huge impact on the environment when it is heavy enough. As rain falls, it forms into streams that wash away topsoil. This type of erosion is often called “sheet erosion” since topsoil can be moved away in large sheets.

Much like water erosion, wind erosion can cause a lot of problems to the environment over time. Soil that drifts due to wind erosion can all but destroy a once-fertile field, and crops can easily be damaged by blowing soil particles. Soil that is blown onto fences and the sides of buildings can be very costly to remove, as can the damage to paint and siding that also occurs.

Although soil erosion is largely a natural process, it continues to be a serious problem in the world of agriculture. Farmers have taken steps to control erosion and maintain their land, but many are unaware that the problem even exists. We must work harder to understand soil erosion and its impact if we are to properly address this issue.

Rocky Mountain Compost is here to help if you prevent water erosion, please give us a call today!

Build a Stone Path: Use Stones and Compost/Mulch to Lay a Decorative Path
August 1, 2022

Should I use straight compost for my raised beds or a mix with soil?
June 1, 2022

Starting Seeds Indoors: The Importance of Light
May 10, 2022